Entries in the Category : Living in London

Details 08/8/2011 Categories Events. Living in London.
Content When you read and watch something like the riots in London, you feel frustration, sympathy but also distance. Well, right now, I live at the back of West Croydon station and down the end of my road, the pawnbrokers was torched. It's very close, and never more real than with my ten month old daughter asleep upstairs.

To get home this evening around 8pm, I had to walk the long way around to my street since the main road around West Croydon station was blocked off by riot police. Just a small area mind, and so our street actually became one of the routes that the looters were using to get in and out of the main road. I was closed enough at least to hear the clashes happening.

Policing Freedom in the Next Generation

Details 26/11/2010 Categories Living in London. News & Views.
Content Whilst I'm open to both sides of the story regards the recent demonstrations over tuition fees, I'm sure I'm part of the majority who are slowly turning our thoughts against our barely elected coalition government and in particular, the actions our UK police force are reportedly taking. 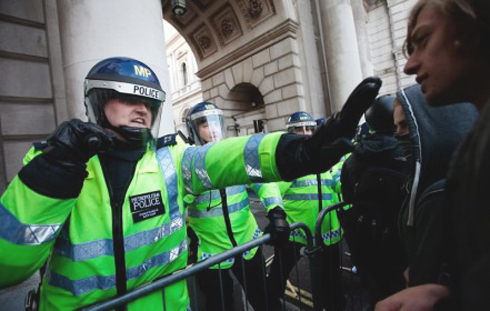 I've just read about the kettling in of student demonstrators a couple of days ago, some of whom are just school age and frankly, I'm disgusted that this strategy was used at all. The police knew what they were doing. Is the point to turn people off in the future? Because the only thing it will do is shift the attention from the streets to elsewhere. Perhaps that's why the police are seeking the power to shut down websites in the UK's domain.

Sure, the UK's suffixes aren't the only domains accessible in the UK, but even if one step at a time leads to policing of the whole world wide web, they'll always be a way for those governed to "govern".


Rounding Off 16 Months of Travel

Details 21/5/2010 Categories Living in Hong Kong. Living in London. Travel.
Content I was hoping to do a little post whilst Linh and I were still in Hong Kong and after we visited China during the tail end of April, but just didn't get a chance. We wanted to spend what little time we had left going out and about in Hong Kong after all.

As it happens we've already returned to the UK, and moving smoothly back to *normality*. I went for my first work meeting today and there was no better time and place to begin - right next to the Thames with blue skies and a warm climate. Welcome to Summer in London I guess. Some other various thoughts below.

can't say I'm sorry to be half-way across the world from the UK during the current freeze its experiencing. But I was genuinely surprised to see it completely blanketed with snow, as observed by NASA's earth observing satellite. With a history of spirit-sapping cold damp (the crap weather would be a major reason for me to leave the country), it's a rare moment for the British island with this satellite image below making the viral rounds currently on the net. 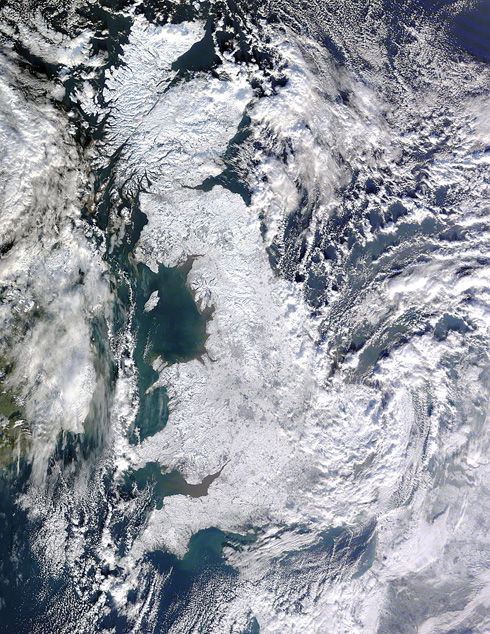 Details 21/1/2009 Categories Living in Hong Kong. Living in London. Travel.
Content I had a think about some of the differences between London and Hong Kong. About the sort of things that make each place unique, and also personal to me. This exercise probably has more value over the course of the year when there is a chance to capture the details of living and to give time to reflect on them.

But as a start point, here are some lists which are quite superficial and which I will probably be ashamed of in a year's time. But it will be interesting to look back upon them.