Entries in the Category : Self Development

Fitting It All In

We all have busy lives and they aren't getting any quieter without compromise. Personally, I always have a persistent to do list ranging from menial tasks to major, creative, long term projects. And with home and family craving more of my attention, life is a constant struggle to get things done. And then there's "actual work" of course.

Things do get done, whether it's within a half-implemented GTD system, via my To Do checklist, stickies notes or reminders and tasks in my calendar. I even get inbox-zero once in a while. But I'm always wondering how to be more efficient, more productive. And I'm assuming I'm not the only one.

If It Bleeds, We Can Kill It

Details 10/3/2010 Categories Observations. Self Development.
Content So exclaimed the immortal Governator in the first Predator movie. Arnold Schwarzenegger - larger than life and undeniably a solid pillar of success resulting from such optimism - simultaneously overcame obstacles on and off-screen, from a barely comprehensive Austrian accent in an American acting industry to seven foot tall alien warriors.

He's also a movie icon, such that many think roles such as Dutch in the original 1987 Predator film are unsurpassable in a follow up. As the original "Terminator", his cameo in the latest Terminator Salvation flick even brought cries of glee from universal fans. And so it is that following a sequel (which just wasn't the same) and two cross-over films with the acid-for-blood xenomorph Aliens, comes the forthcoming Predators, produced by Robert Rodriguez.

Details 16/9/2009 Categories Living in Hong Kong. Observations. Self Development. Travel.
Content One of the websites I visit recently posted about how living abroad increases creativity. A described experiment revealed how more subjects who had lived abroad were successful in completing a task than those who had never lived abroad. More interestingly for me was the following quote, which reminds me of Moleskine's marketing message about their "legendary notebook used by artists and thinkers over the past two century".

Anecdotal evidence has long held that creativity in artists and writers can be associated with living in foreign parts. Rudyard Kipling, Pablo Picasso, Ernest Hemingway, Paul Gauguin, Samuel Beckett and others spent years dwelling abroad.From the Journal of Personality and Social Psychology 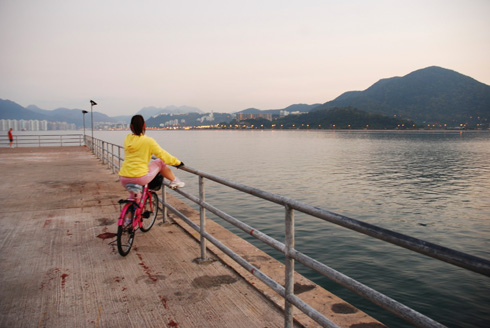 Aligning travel and creativity has always been a no-brainer for me, since new experiences must undoubtedly form the basis for inspiring some forms of creativity.

A difference between 'travel' and 'living' can be seen in how accessible a foreign culture has become. I fully appreciate the chance to live in Hong Kong - a bonus since it's also my parent's home country, though still foreign to me.

How to work better

Details 17/8/2008 Categories Self Development.
Content I'm interested in self-development and like stumbling upon all kinds of methods and manifestos, if anything to see if there is anything of interest and relevance to my life. The following "How to Work Better" is a short ten-point manifesto by Fischli/Weiss (1991). 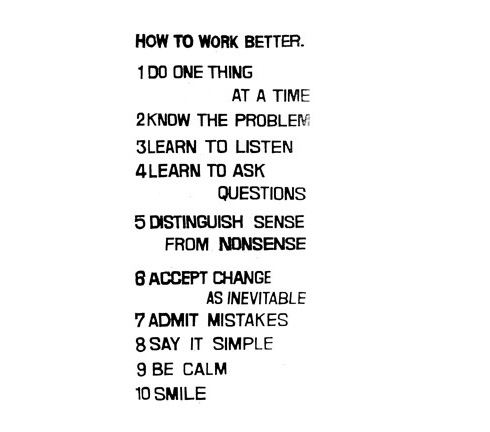 Its easily digestible though not comprehensive, and I by no means follow it fanatically. It doesn't take itself too seriously, and I shouldn't too. I should at least practise the last point more.

Details 26/3/2008 Categories Observations. Products. Self Development. Stationary. Wishlist.
Content In the past, whenever I had to handwrite anything (yes, there was a time before the keyboard existed!), I was perfectly happy with a cheap but functional Bic Biro. In fact, I used to like drawing with one, as you could vary the weight with the pressure you applied as you drew.

However, more recently I started to ponder upon those (rare) moments when I had to actually write instead of type. I wanted to *cherish* those moments a bit more.

Its as if typing is now the common form of written communication, but handwriting is something that elevates its author to a distinguished, classy level of communicator who brings along his/her personal touch. (!)