California Fires and why British Weather could save our lives

Details 17/6/2008 Categories Travel.
Content
During our trip to the US, we visited the Griffith Observatory in LA, which (understandably) stands on top of a hill. There are some good views there and you can see the Hollywood sign in the distance, particularly as it was a typical hot, clear day.

Of course, we enjoyed the weather but every now and again, I curse the UK for having typically cold, damp and wet weather in contrast. When it does get hot, the whole country isn't prepared for it. 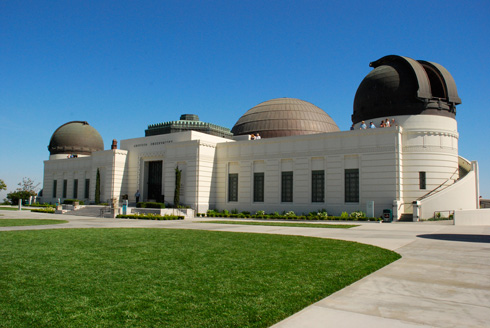 Just as we were leaving the observatory, a small fire started to break out in the valley just underneath. Unsurprisingly, the hot, dry weather didn't do anything to curb this event, and the flame visibly grew in the 5 minutes I hung around before having to get in our van to leave.

The state troops (is that what they're called?) had already begun to block access to the observatory and we had to take a different route down to leave.

Luckily, I read on the net afterwards, that the fire was contained, mainly with air support, and was extinguished - after 2 hours! The previous year, also in May, there had apparently been a serious fire in the same hills that did alot more damage. 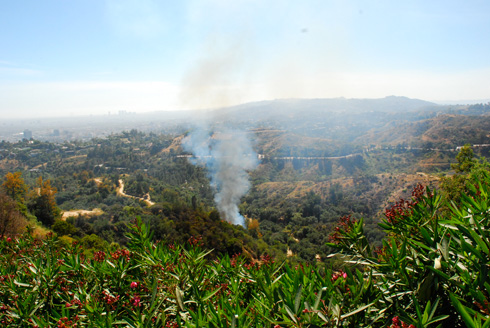 California has great weather but I was reminded of risk of fire when I came across the California Fires photo essay on The Boston Globe's website.

On reflection, I can't imagine the same event happening very often in the UK because of the damp weather, so perhaps that's something to be thankful for in our lives. Not saying that the UK doesn't have problems - but just not this one.

The Role of the Designer in Social Media A Beijing Olympics thought for the working class in China From Japan to Hong Kong - Confusion Domain name hosting, website hosting and keeping them separate Fixing a Magic Wand