Details 17/4/2016 Categories Products. Stationary.
Content
Last month, I took a two week break to Hong Kong and was able to catch up with Patrick Ng - Senior Buyer at Citysuper and advocate of the Midori Traveler's Notebook and all (good) things stationary. 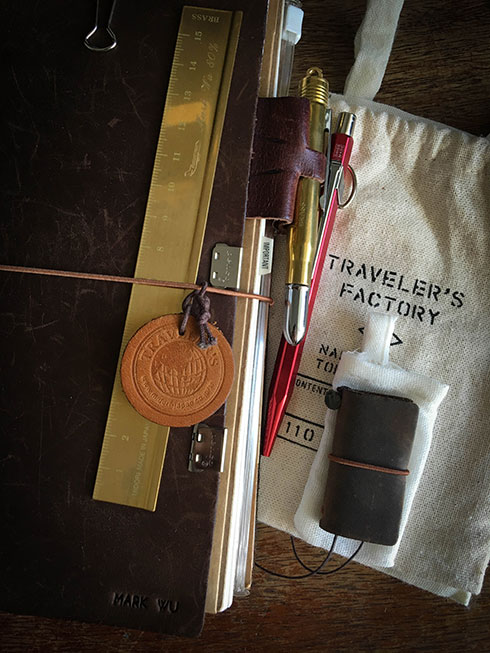 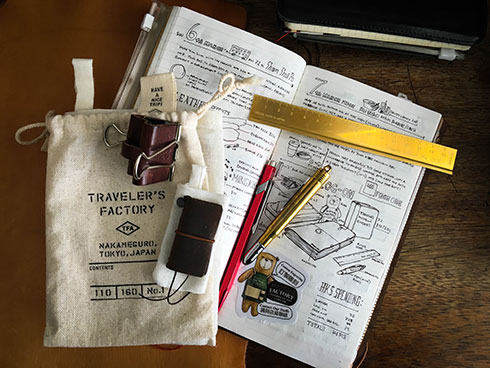 If I'm honest, I don't use my Traveler's Notebook enough. I've had it for 7 years, but placing it alongside Patrick's Notebook (which granted, is several years older), there's some serious patina catch up to do. 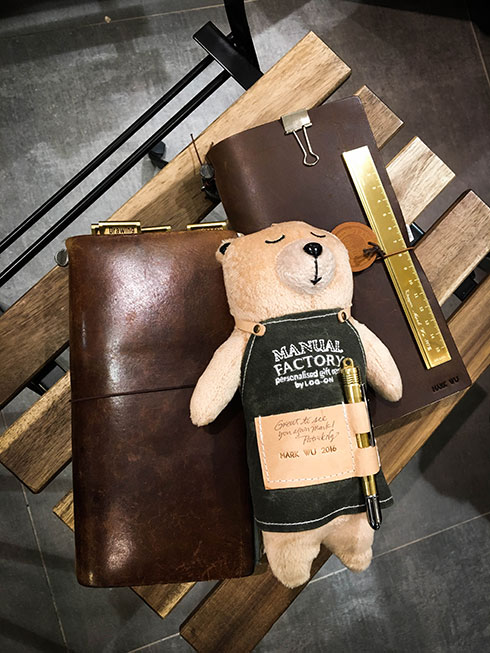 Though it's named the *Traveler's* Notebook, I'm conscious that it's perhaps the journey in life that can be reflected in it's pages, rather than a clear-cut trip, but it's the latter that gives me the time to use it. 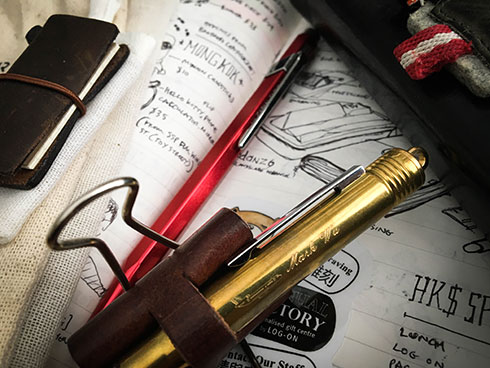 Meeting Patrick at the Harbour City Log-On store, we spent some time catching up over coffee before he generously offered to customise a few stationary items - some I brought with me and some I bought in-store. The Harbour City branch has an unfortunately narrow frontage to the store which makes it difficult for passerby's to see The Manual Factory further inside. For those that venture in (or who are in-the-know) a circle of booths offer personalisation on a number of different materials. 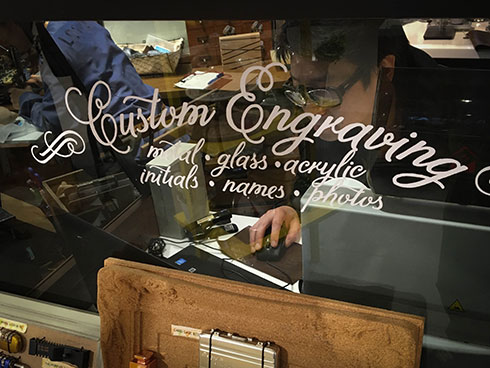 There's heat pressing and badge making, but I was there for the leather embossing and custom engraving. The leather embossing is fairly straight forward, using a (Kingsley) machine to stamp my chosen typeface and letters onto the corner of my Traveler's Notebook and also the leather apron pocket of a promotional soft bear that Patrick designed. Here's a tip - give yourself some time to come up with something impressive to stamp. I didn't so I just asked for my name. 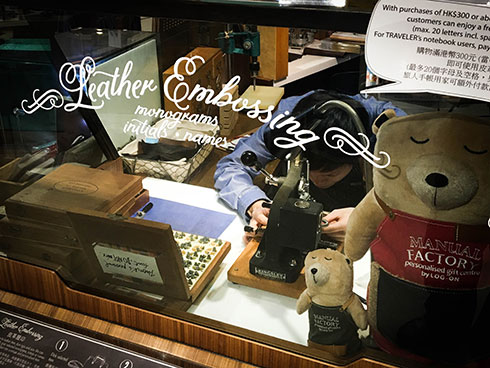 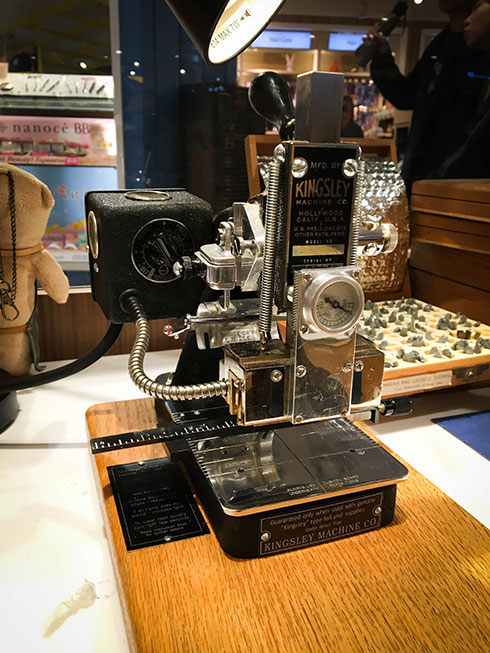 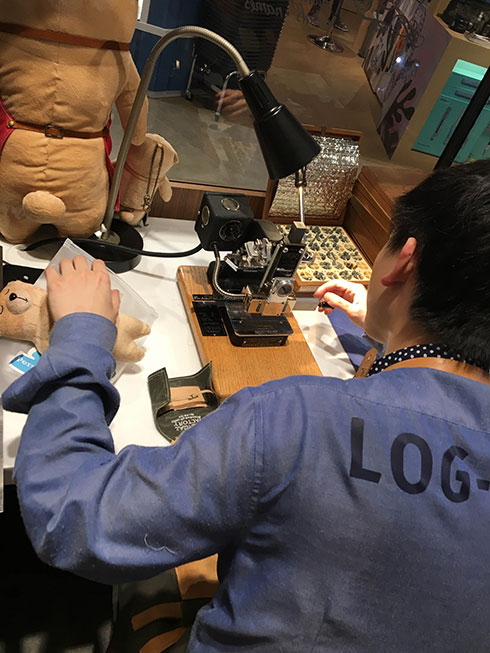 For the engraving, there's a Gravograph machine driven by software offering a number of fonts and icons. 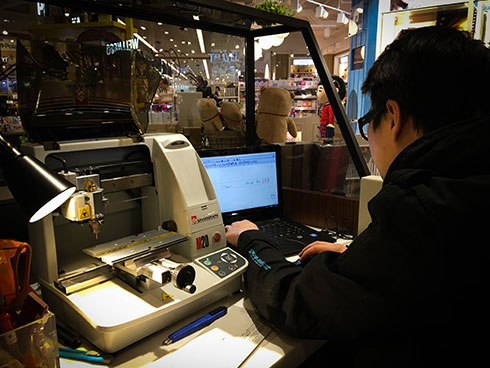 Here's a few videos I took of the process, the first being an engraving of my name and a plane icon on a brand new brass Midori ruler.

I took out my brass Midori pen and Patrick had a go at engraving this. It's barrel design presents a slightly different challenge to the Gravograph, which has to take account of the curved surface. Patrick also wrapped the pen up in tape to avoid it slipping in the machine's grip as it turned. In the first video below, the machine takes a practise run, shown by the little red dot, whilst the second shows the actual engraving.

Finally, I also bought a Danzo Desk Organiser - a series of aluminium desk boxes with different lid designs for different functions. I chose the "Valley" and opted for a "W" to be engraved on a flat patch of the lid. This was done twice as the first engraving turned out a little too faint as the surface of the tin is quite hard. Patrick explained that from experience, he made sure to place the tallest part of the lid in front. On a previous engraving, as the point withdrew at the end, it actually hit and scratched up the slope.