Details 02/2/2008 Categories East Asian Culture. News & Views.
Content
I've just been formally appointed as the Interactive Associate for Yellow Earth Theatre. I'm really happy about this as I've been working with them since 1999 on their website and promotional print materials and this appointment is partly in recognition of this relationship.

A bit about Yellow Earth Theatre. The company was founded by five East Asian performers in 1995 and produces work that explores universal themes from an East Asian perspective, celebrating cultural diversity through an integration of theatre skills from the East and the West.

They've come a long way since then, with regular major productions every year and now, are nurturing the next generation of writers and directors with their development schemes Yellow Ink and Yellow Stage. 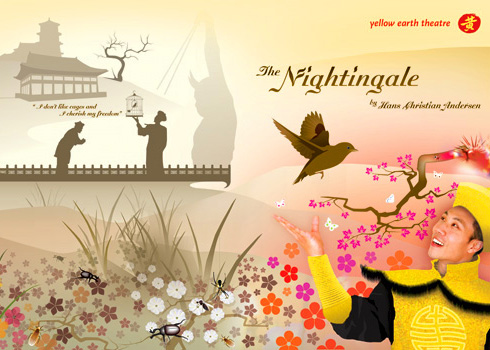 Since the British Chinese culture has featured heavily in their body of past work, it has never just been a job for me when producing design work for them. I've always been personally interested in their projects with the added bonus of both seeing first hand how a theatre company works, and experiencing the progress of such a well-known establishment within the British Chinese culture, over the last decade.

This appointment does not come without future responsibilities however. Their current website is now in need of a thorough redesign to align it with their overall strategies, aims and objectives. Watch this webspace! (Or rather Yellow Earth's webspace.)