The show celebrates the richness and colour of Beijing Opera whilst being re-interpreted for the modern day, creating a visually and musically exciting show, blending digital media and music. 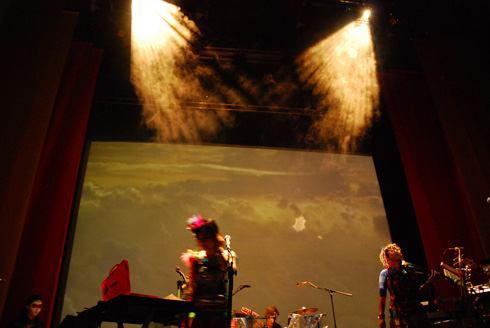 They asked me to photo document the event, the results of which would support their application to expand this one-off performance into a tour. I readily agreed, although I'm not a professional photographer (and I don't pretend to be!).

Since buying a Nikon D80 a year ago, which was my first (and currently only) foray into DSLR's, I've really enjoyed the extra quality you get in the results, as well as the flexibility in the settings. This all helps since my work is visually-led anyway. 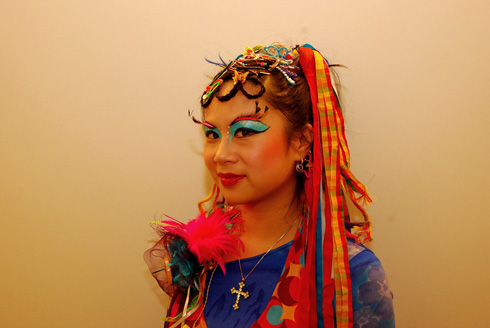 I'm still trying to get used to everything the camera offers, and so shooting CHi2's show, both during the full dress rehearsal and the actual performance (with audience) was a good opportunity to practise. Particularly as I had the freedom to move around during the dress run, and the fact that the "project" was quite specific i.e. shooting a live performance, so I could concentrate on capturing the subject over the course of a few hours. 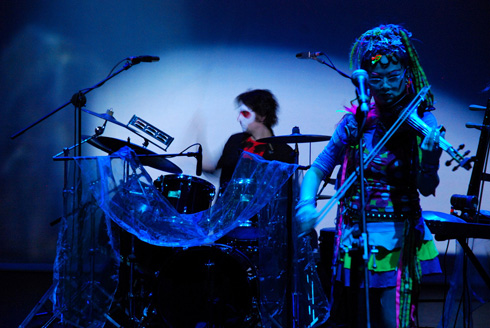 In the end, I had a better idea and experience of what to expect and how to shoot a live performance. That its bloody difficult to plan a shot with quick-fire and assorted light effects happening!

Still, after deleting all the crap shots, I was left with a collection of photos that I felt captured the rich colours and textures that formed part of the show. I'm pretty sure a professional would have done better, but hey, its still a learning experience!

So my advice is, if you have a DSLR and are quite interested in photography, get yourself into a dress rehearsal where you can practise and click away to you hearts content - until you realise how heavy your camera really is, after 6 hours..

Check out the photos for MONKEY KING by CHi2

P.S. I also helped them out in some of the edited footage that's projected on the screen by doing some stick fighting with the main actor Tom Wu, but I don't think I'm easy to spot in the photos. Doesn't matter - he's the real star of the show anyway!

P.P.S. If you like performance arts but don't actually do it, photographing an event is a good way to get involved. I found myself moving around front and back stage, and in the performers changing and rest rooms freely, being able to absorb the atmosphere of preparing and excitement, but without the nervousness and pressure of putting on a good show.

P.P.P.S. The venue, Bernie Grants Arts Centre (near Seven Sisters Tube) is really nice - it reminds me of Scandinavian interior design. The strange thing is you enter a small building for the reception, then go out to another building which houses the theatre and café. Noticeable to me, because it was freezing that day! 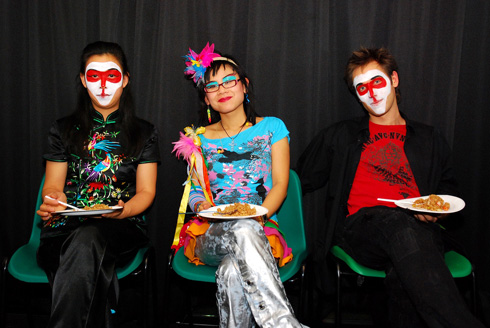