The Disparity of Wealth and Cambodia

Details 01/1/2010 Categories Observations. Travel.
Content
I love East Asia. Words really can't express how lucky I feel to be spending more than a year in this corner of the world and experiencing what it has to offer. In the context of travel, I do often think about other continents but I've come to appreciate the differences and contrasts within Eastern cultures, and how it shapes my own views of the world. 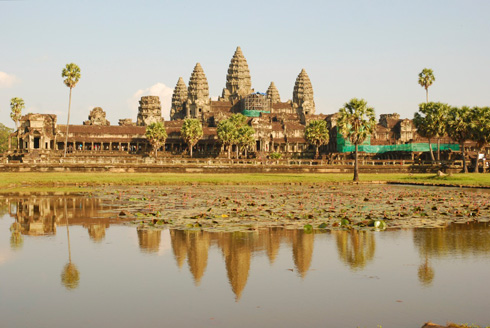 Coming from the UK, one defining factor with travel in the East, is cost. Though I bemoan the rise of the Hong Kong dollar against the pound in 2009, most things are still cheaper. Since visiting Vietnam, Malaysia, Thailand and Cambodia, we steadily watched the cost of meals we eat, drop. In contrast, our visit to Tokyo was our most expensive and I can testify to the higher cost of living there.

With everything in between, Linh and I were able to experience new and interesting foreign cultures first hand, and appreciate the disparity of wealth between them. On our latest country hop, we visited the Siem Reap province in Cambodia and whilst I can't admit to knowing everything about the country from a five day visit, I'd concluded that the area was the least financially-loaded one we'd visited so far. 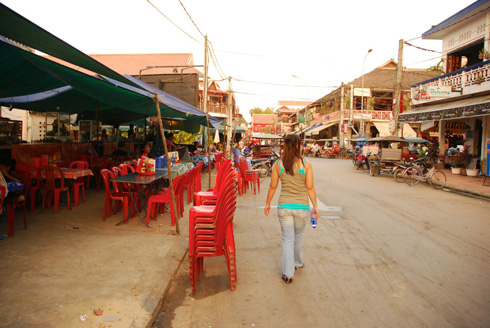 To say Siem Reap is poor is outdated since it has thrived in the last century via tourism surrounding its ancient Angkor temple ruins. Today, it is apparently Cambodia's fastest growing city and the signs of a slowly-minted economy were visible during our short stay. Roads were being freshly tarmaced and improvements made especially to encourage tourism were explained to us. 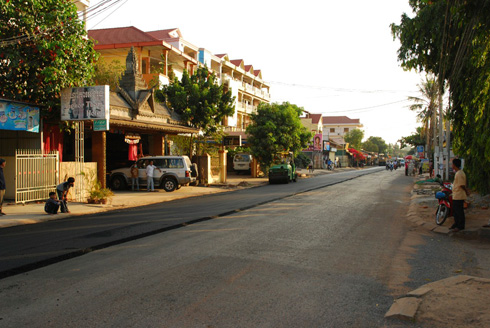 Even so, the things we observed and the answers to our questions made it appear that the country still has much to catch up on, particularly on a micro level, where the cost of living is vastly different to what we're used to. This isn't necessarily a bad thing.

In Siem Reap, it was undeniable that petrol is a required commodity and though we saw a few petrol stations with pumps, much more common were independent road side vendors selling bottles of the liquid. 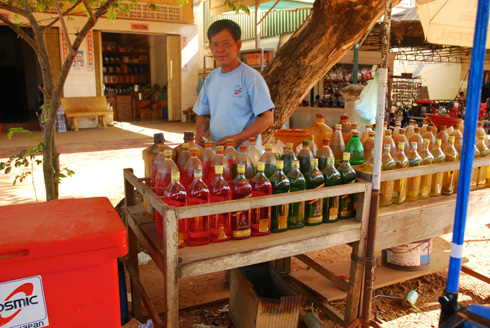 During our travels, we usually prefer seeing what the locals consume and Linh particularly loves trying out anything in a local cafe, restaurant or market. The prices reflect this and although we usually suspect a slight mark-up, they're almost always very low. 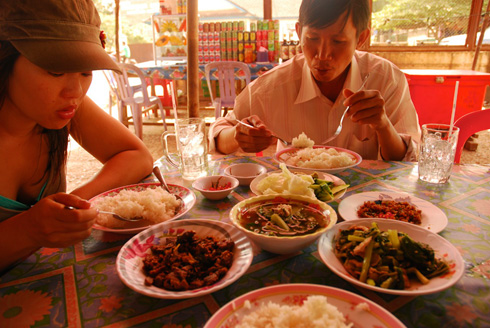 Some of our time in Siem Reap was with a guide and aside from all the tourism knowledge he graced us with, he also mentioned how he and his wife and two children could survive on only five pounds a day. He had also never heard of a microwave.

Speaking of children, our guide was able to afford sending his to school, but throughout our visits to temple sites, there were many children of all ages who were selling tourist postcards, fridge magnets, tshirts and fruit, sometimes independently, and sometimes alongside their mothers. 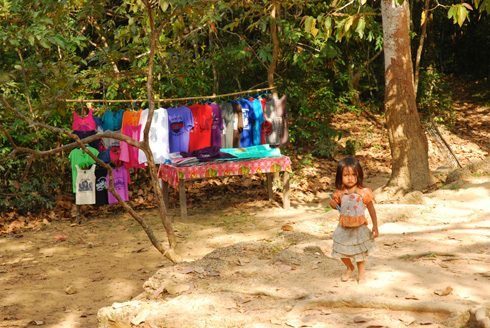 The disparity of wealth in Cambodia seems nowhere more apparent than at these intersections between tourists and locals. The physical interactions are obvious, and the tiered pricing for either are expected. Even the common use of both the US dollar and the indigenous riel almost seem indicative of the disparity, where one dollar equals four riel, a smaller rate more convenient for smaller, local purchases. 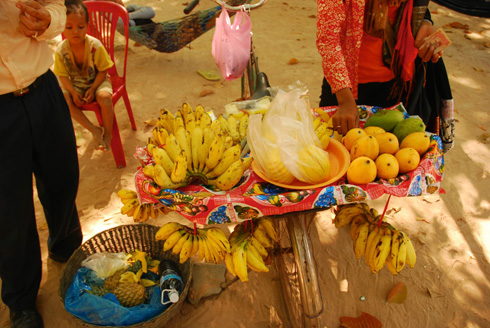 Tourists seem more likely to carry the US dollar, and purchases like tourist tat, fruit and drinks are offered at the convenient price of one dollar each. When you consider a can of Cola selling for one US dollar, it's actually rather expensive by Western standards. It highlights the gulf of wealth seen between locals and tourists, particularly, when a moment's hesitation easily incites a local vendor to drop the price down to two cans for a dollar.

The negotiation happens almost by script with both adult and child vendors and watching it happen with other nonchalant tourists can be a mildly heartbreaking affair.

Irrespective of all this, I found myself surprised by the general high spirits and friendliness of the Cambodians we saw. Sometimes it was clear that we were approached for money, but practically all times, we were offered something in return.

The children are the most endearing and I can easily understand Angelina Jolie's choice in adopting a Cambodian son. Traveling on a tuk-tuk, we were flashed smiles and waved at as we sped past eagle-eyed kids. And being subjected to the quick-witted and humourous sales technique of a ten year old girl has to be heard to be believed.

Of course, it had crossed my mind that the Cambodian attitude might have single-mindedly adopted this amicable approach when its clear that tourists are bringing their cash into Cambodia. But why not if its win-win?

For our happiness, it makes me wonder whether we really do need a microwave. Or any of the other mod-cons we fill our lives with.