Details 05/5/2008 Categories Design & Art Direction. Observations.
Content
I saw this diagram explaining the British Isles and the relationships between England, Great Britain, Ireland etc. I'm not obsessed with the finer details of the countries make-up, but it did make me realise that I needed to brush up on my geography a little! 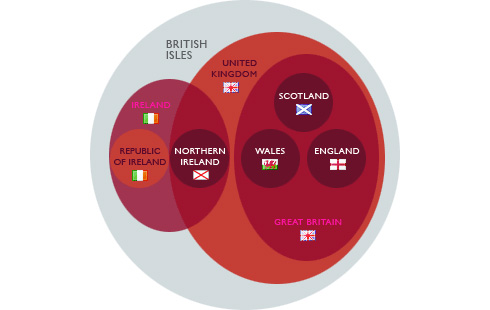 Besides, I'm partial to a bit of information design, and so I couldn't resist redrawing this diagram.

I won't even try to imagine all the ethnic minorities staking their claim on the map, but hopefully BritChina will do at some point in the future.

The original diagram is here and I first came across it on Neatorama.