A research and development project. 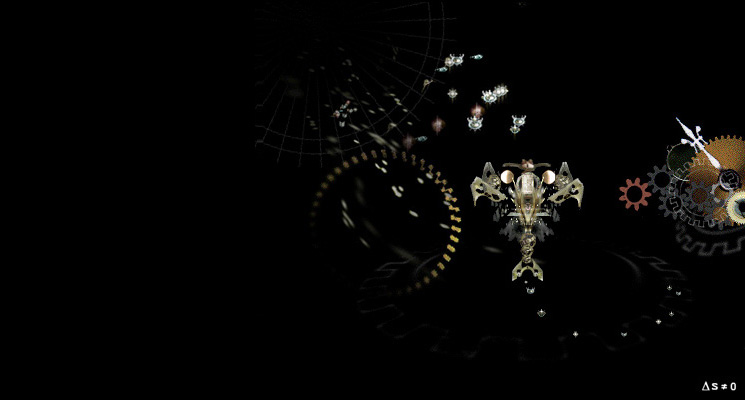 Text
Esfore-Entropy is an interactive media research and development project that dates back to 1998. It was an exploration of two themes: the introduction of more 'organic' behaviours into the interface; and the use of 'two-and-a-half dimensional space' which gives a strong feeling of depth, yet maintains fluidity and interactivity.

During its development, the project was unusual in that it was potentially open-ended, and therefore difficult to reach an achieved state of completion.

To me however, it was a "breakthrough" project which in taking to the commercial world, gave myself and my colleagues Stefan Woelwer and Visieu Lac, something special to show. Esfore-Entropy was responsible for many of the awards I've received.

Esfore-Entropy presented itself as a series of visual and interactive experiments which were linked through the development of a concept for digital interface design.

The experimental parts were explored by navigating an "equation menu" that grouped them by interactive experiments, graphics, animations, structure and video, which collectively created contexts and compositions.

The idea for these experiments was to allow them to inspire new and effective forms of interactivity either on their own or in combination with other experiments.

Esfore-Entropy was effectively a springboard for other (possibly commercial) projects and indeed did prove very useful in communicating ideas to clients which subsequently led to finished products.

Esfore-Entropy was developed in Macromedia Director and presented via CD-ROM and the web as Shockwave modules.

It still exists as a website but the development of Shockwave since the project was conceived, can sometimes alter the intended interactivity.

“I love it! I want it!”
Marek Grabowski
Creative Director
The Hub Communications Company Ltd

“Your work is an amazing learning experience for anyone interested in multimedia and graphic animation.”
Dana Janicky

The organisers commissioned videos to be made of the finalist projects, and here is their composition for Esfore-Entropy.

I've only managed to obtain a low-res copy unfortunately, but it gives a good, short overview of the project.
Images
Click for closeup 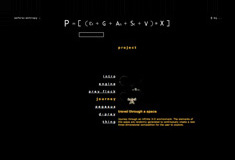 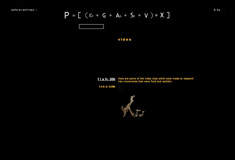 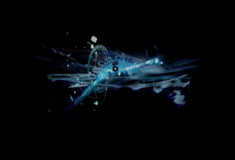 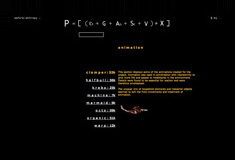 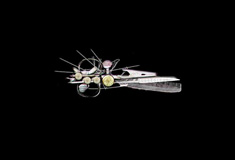 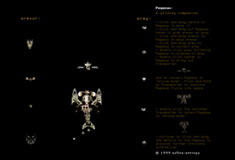 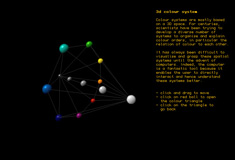 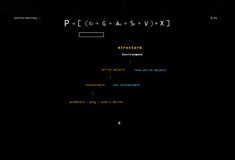 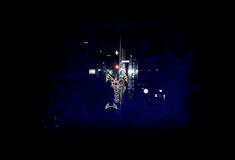 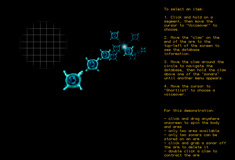 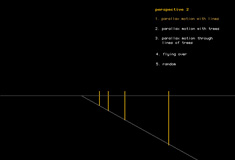 “It was innovative and thought provoking and most of all graceful. Thanks for another dimension.”
David Furlow

“Very impressive use of 3D space... thanks”
John Hanna

“Poetic, delicious. Pieces of work like yours are rare.”
Anonymous.