Visual site design and logo for an Around the World expedition team. 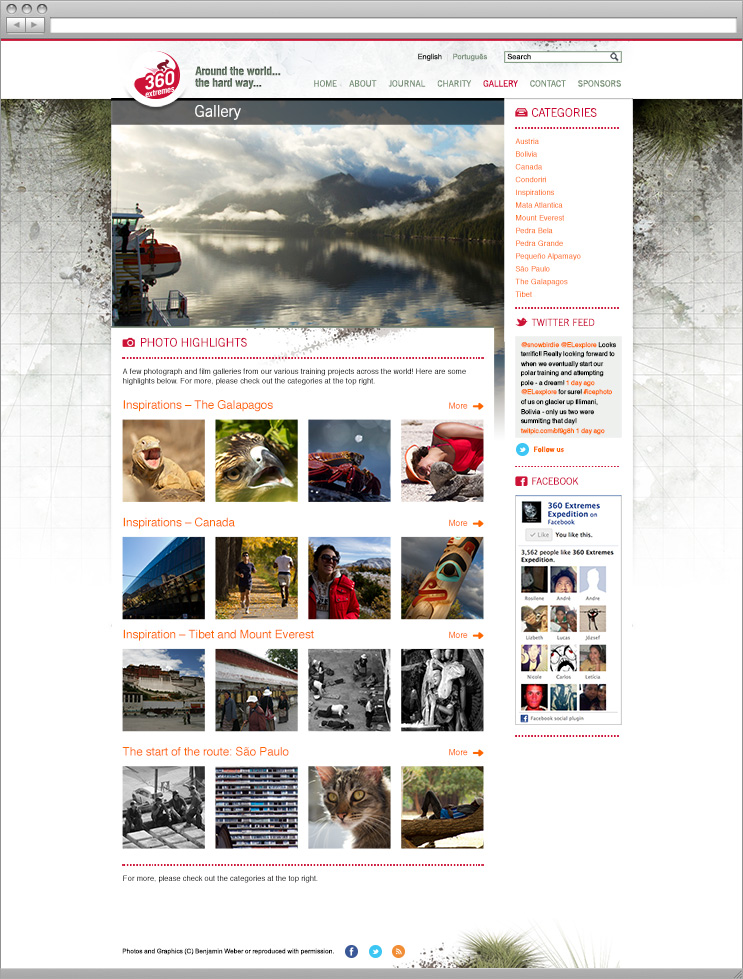 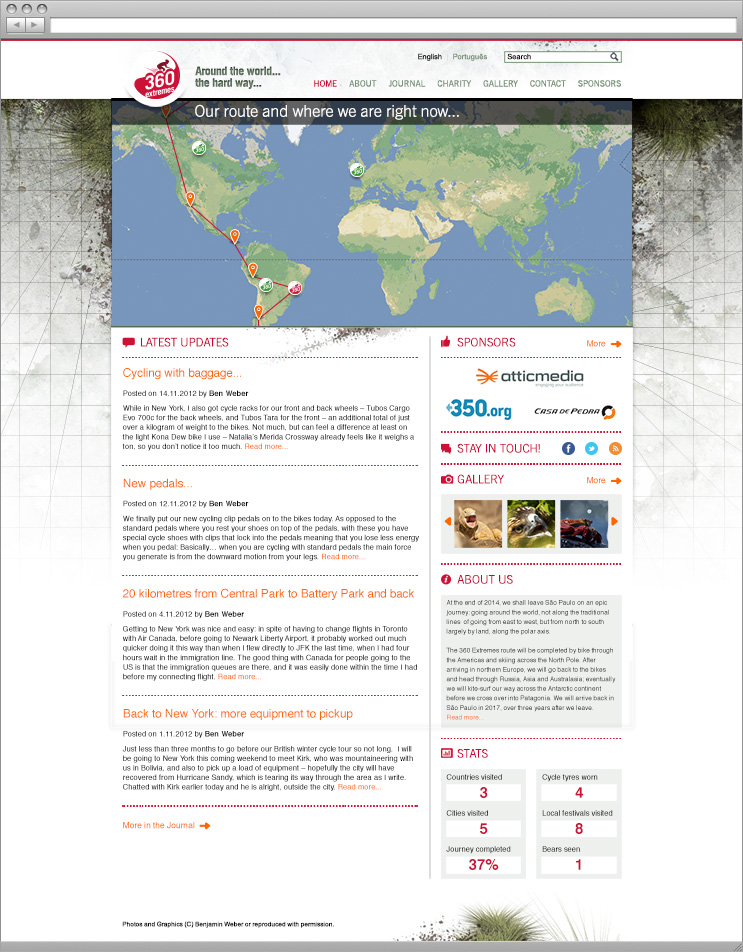 Text
"360 Extremes" was a website owned by a two person team who aimed to become the first to circumnavigate the world via the Poles, using their own power over land, by cycle, ski and kite ski. That's pretty extreme - it's hard enough doing it with your own power via the Equator, let alone through the Poles!

The Wordpress-powered website documented their training and shorter expeditions they undertook to condition themselves prior to the main challenge.

The work I carried out involved creating a new logo and a Wordpress skin design for their site. The red version above shows the final logo, and the monochrome ones show a few alternatives. The idea is pretty simple - to show a sense of travel around the globe.

I chose to represent cycling as it has a stronger connotation with travel, especially over long distances and visually it worked when composed with the top of the "6" and "0".

For the website, I opted for a dirty-nature look as a backdrop for a clean and practical, panel-based design.