Designs for online games based on the TV show. 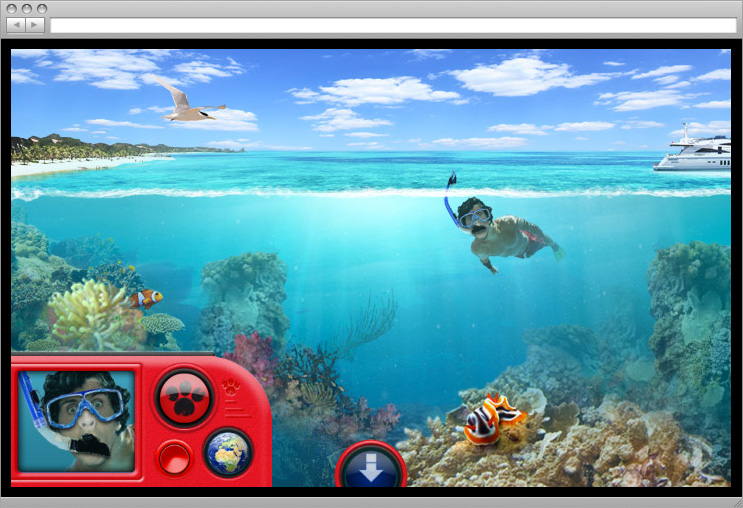 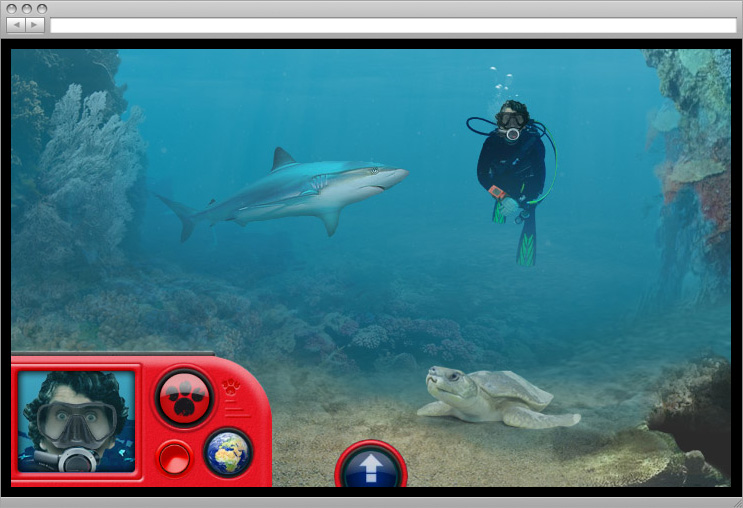 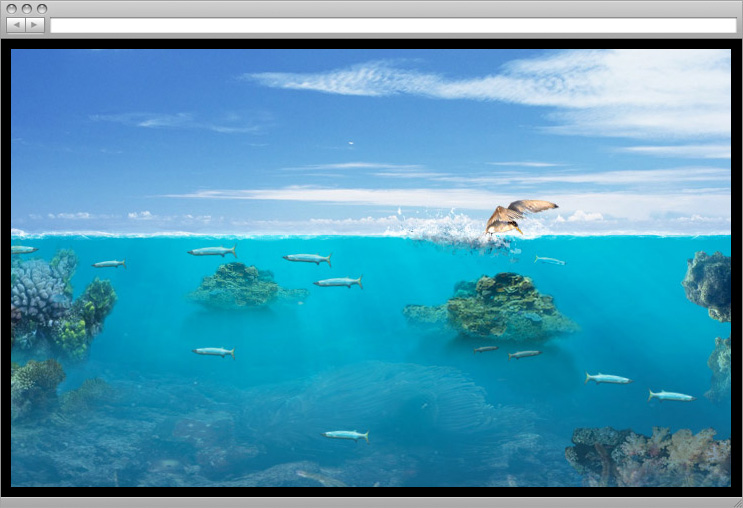 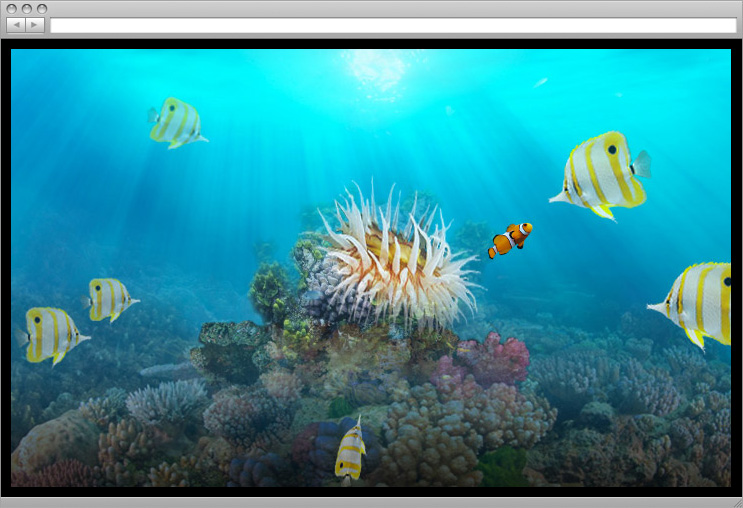 Text
These screens formed part of a proposal for additional Flash games to be built for an existing website for this popular children’s programme.

The top two screens incorporate an existing device within the interface - Andy’s red wrist controller which the player uses for main navigation. The environment represents the Great Barrier Reef and the player can move between the top and bottom levels of the sea.

The bottom two screens each show designs for two proposed games. The first allows the player to control a bird (Tern) that dives down into the sea for fish. The second requires the player to rotate the clown fish’s position to protect the anemone in the middle from the butterfly fish arriving to attack it.

In all the designs, I used a process of photo montage to create realistic environments with believable subjects and depth.