Branding and website to support East-Asian visual and performing arts. 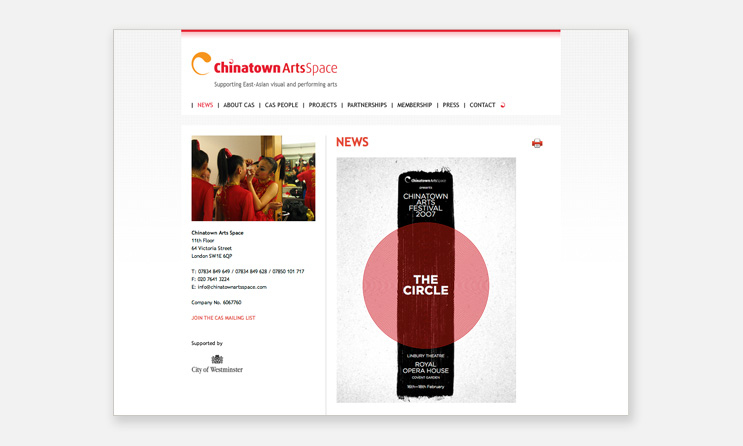 Text
Chinatown Arts Space (CAS) was initiated in 2003 by a group of British East Asian (BEA) artists who foresaw the need to champion the development of East Asian performing and visual arts in London.

I was responsible for developing the logo and website.

With the logo, the idea takes a little inspiration from the oriental yin-yang symbol and began with an exploration into an icon that could represent depth, for a performance or display space. Reducing its form led to the final elegant solution which suggests visual movement.

The Chinatown Arts Space website was a relatively simple design and development job, but no less satisfying because of it. Early design variations explored layouts with more depth and colour but eventually, a far simpler design proved to be the most effective.


This is a KIBOOK project with additional branding work by Jonas Burki.