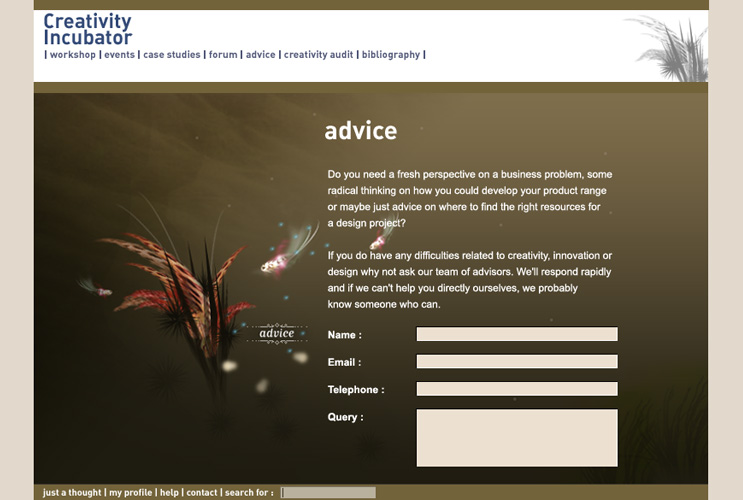 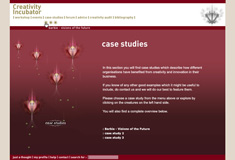 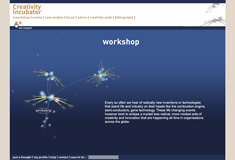 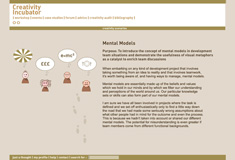 Text
The purpose of this project was to develop a prototype for an online resource to help incubate creativity and innovation in small and medium sized companies.

The website would contain knowledge and information on the subjects of creativity and innovation as well as selected case studies. Where relevant, content could be presented in a highly visual and interactive manner.

As you might guess, doing something creative for a creative website could be a little tough. You can "tread" new, creative ground, but then which direction do you go?

And you don't want to alienate those visitors who might be less web-literate, but still want to innovate...

Many concepts, sketches and screen designs later, the solution arose in the shape of a simple, well structured layout, clear navigation and delightful interactive illustrations for major areas of the site.

These illustrations were abstract and through the development process, became digital lifeforms that could almost suggest the nature of what could occur with creativity.

With a dynamically updated Flash menu and content management system that was built, the prototype catered for all users, from visitors new to web, but old to business, to businesses that deal with creativity and innovation.

Since my company's involvement in creating the prototype, the project moved on, but I wanted to showcase the interactive illustrations that were created.

Hence, taken out of the Creativity Incubator context, all the digital lifeforms, which were inspired by water life, collectively became "Digiquaria".

All eight lifeforms can still be seen online as interactive shockwave animations at Digiquaria.com.