Client Royal Academy of Engineering via Atticmedia
Date May, 2013 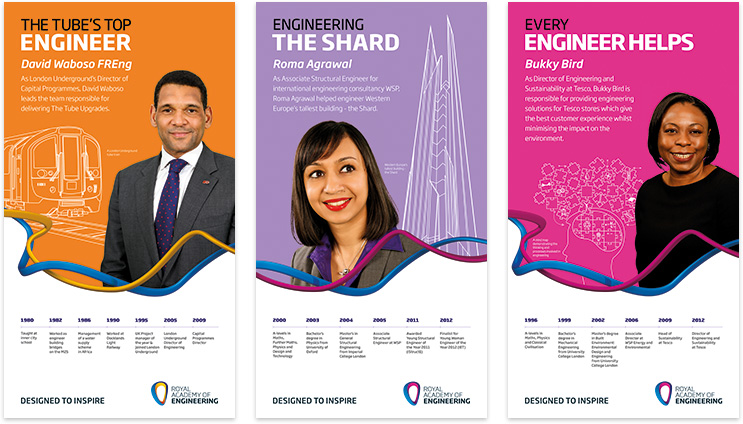 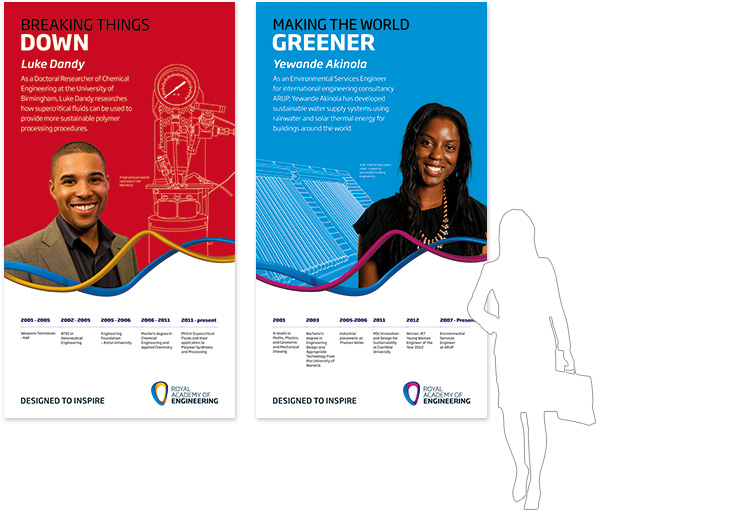 Text
"Designed to Inspire" was an initiative from the Royal Academy of Engineering to encourage more young people (14 to 21 year olds) to develop careers in engineering. It consisted mainly of audience-attended live sessions and video pieces with some of the UK's most successful engineers.

These large poster boards were part of a set of ten, each featuring an engineer and were hung around the walls where the events took place - at the RAE's very nice office space at London's Pall Mall.

The visual design echoes the RAE's brand guidelines, using the correct fonts, colours and general balance between white space and image. The ribbon branding device was incorporated and an additional line drawing (not by me) composed in the background which represents the area of engineering the subject is involved in.

For these ten posters, the focus was on selecting a balanced representation of ethnic minorities and female "role models". However, the following year a further ten profiles were added with a wider ethnic representation to form an A4 booklet to accompany the events.