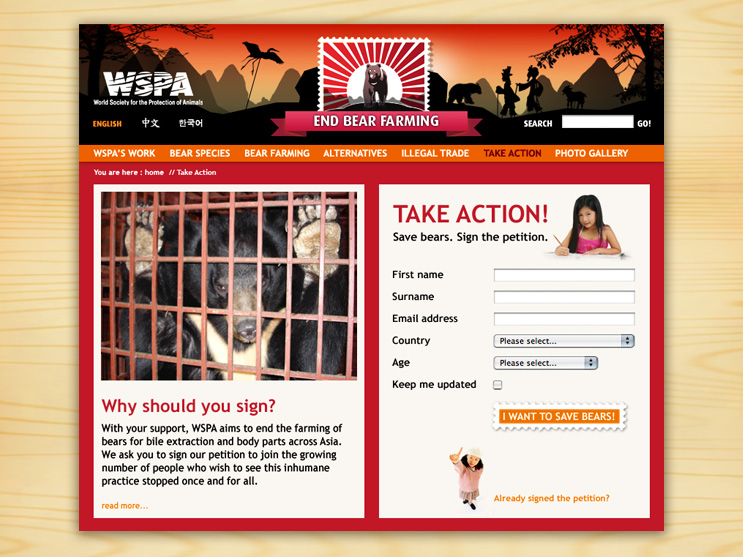 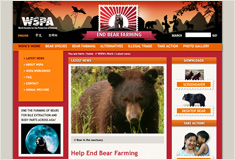 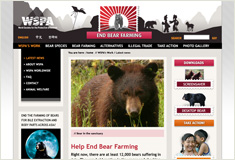 Text
When WSPA got in touch with us (upon recommendation from another client), it was to create a campaign website to End Bear Farming, especially targeting a Chinese demographic.

Animal charity, design aimed at a Chinese audience and even a decent budget? Feel-good factor here I come!

However, in all seriousness, the nature of the campaign was pretty compelling, where WSPA estimates that at least 12,000 bears are suffering at any one time in Asia.

Bears are held captive in tiny cages and shocking conditions. They're farmed needlessly for the bile contained in their gall bladders which is used to make Traditional Asian Medicine. Their reality is a lifetime of suffering and pain.

Having grown up watching my own culture swear by traditional medicine, its no wonder that WSPA need to target the Chinese people - not just in the UK, but all over the world.

We went through several stages in creating the website, first of all to house lots of information, in both English and Chinese, to create a softly-softly approach to the campaign. The aim was to try and discourage use of traditional Chinese medicine and create awareness about the bear situation, ultimately getting visitors to sign the online petition.

The eventual solution incorporated a shadow puppet concept, giving a nod to traditional forms of East-Asian storytelling, hopefully in telling a story about the plight of the bears.

The website was live for about half a year before internal WSPA policies dictated design consistency across all campaign websites (they have quite a few!) and so the End Bear Farming site was redeveloped (internally) to be simpler and more in your face.

A video clip now shows on the front page, graphically detailing the torture that the bears endure. However, Jackie Chan has now also endorsed the campaign, adding his voice to the message to End Bear Farming.

Their work has played a vital role in setting up our website which will become a key part of our campaign to end bear farming.
- Georgina Groves, Programmes Officer