Website and CMS for Anglo-Chinese Entertainment and Media Business. 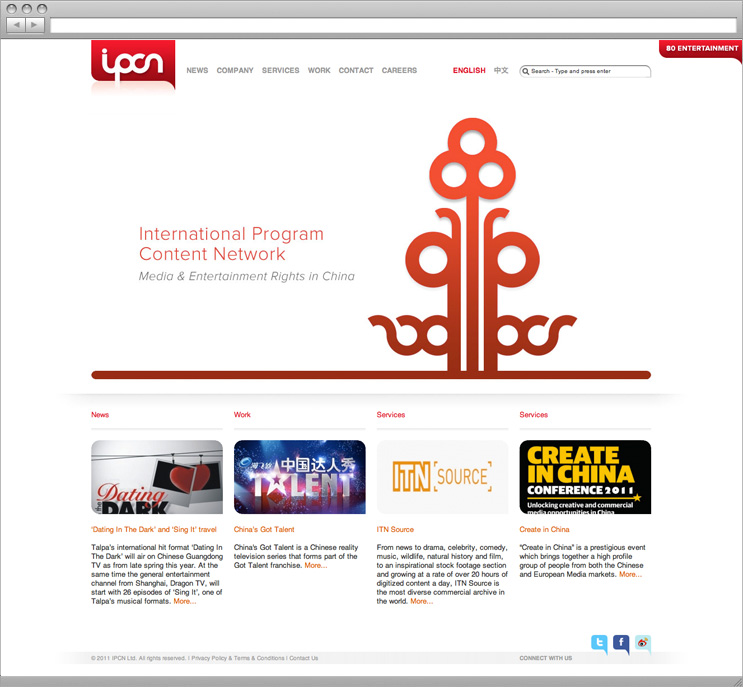 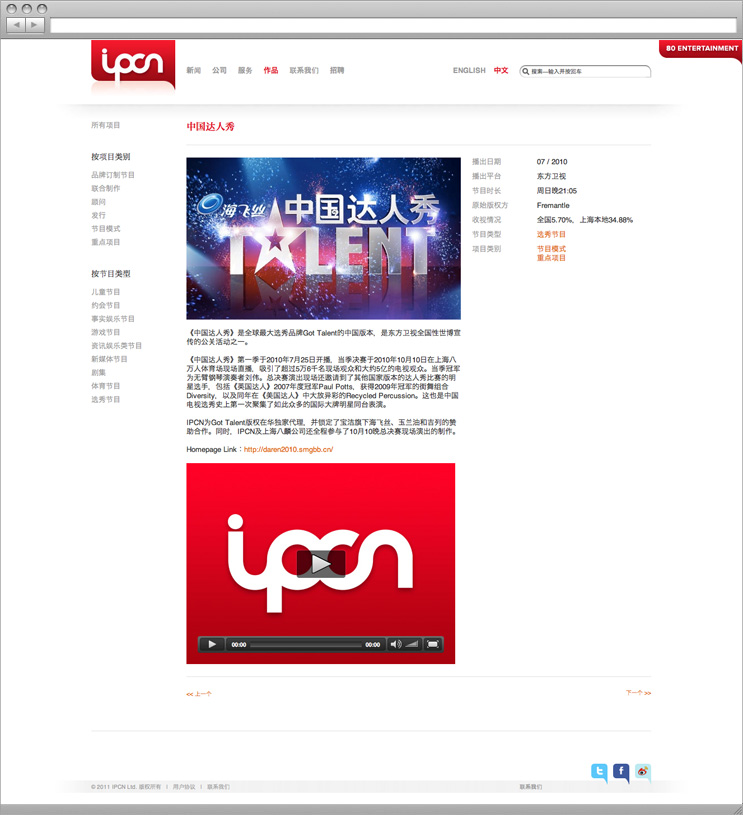 Text
IPCN (International Program Content Network) is an Anglo-Chinese entertainment and media business specialising in the Asia Pacific region with a particular focus on China. Since its formation in 2007, it has become the most successful and most respected rights broker & consultancy in Mainland China for the global entertainment and media industry.

Recent commissions includes brokering the deal for China's Got Talent, a Chinese reality television series that continues the Got Talent franchise.

I worked with IPCN to refresh and extend their initial (Flash) web presence to create a content managed website allowing staff to update the news and product offerings, as well as projects completed, in two languages - English and (Simplified) Chinese. I consulted in an initial process with the client to evaluate, discuss and formulate the user experience and information architecture before moving on to designing and building the website.

A key feature for the new site was simply to host videos which potential IPCN clients and partners could have access to. Password protected functionality was also built in to allow multi-level access if needed.

Previously, IPCN staff would upload large video files to their webspace via ftp, and then pass on access details, with which recipients would have to download the complete video files before viewing.

Using a hosted service like YouTube wasn't an option due to restrictions in China, so the the solution consisted of integrating the popular cross-platform video software JW Player, with the Expression Engine content management system.

Details such as integrating the EE module Mega Upload, allowed an upload progress bar to be visible in the admin screens - useful for large file size uploads - and the JW Player software allowed a IPCN-branded poster frame to be added to video files (in the absence of a frame from the video) as well as an IPCN watermark.

The visual design of the new IPCN website was kept simple in order to showcase the content in both languages. Practically all of the copy on the site is in both English and (Simplified) Chinese and to keep things efficient, both language versions for new posts can be added via a single admin screen, rather than having to manually create a separate post for each language.