My Husband is a Spaceman 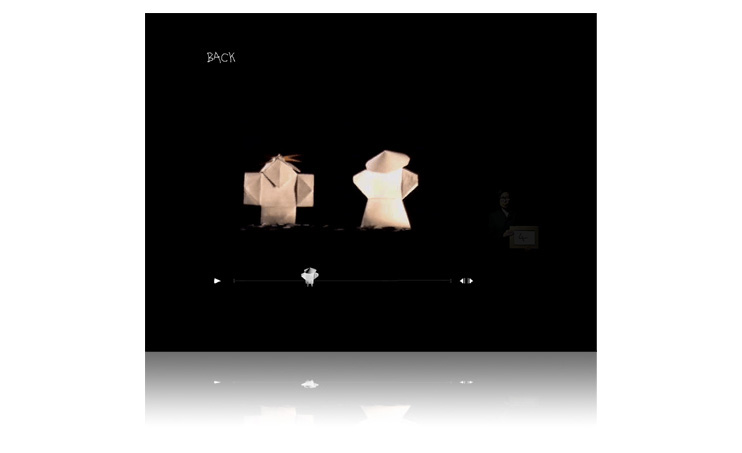 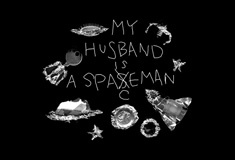 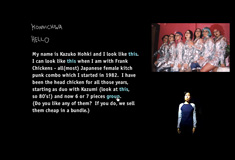 Text
Japanese performance artist Kazuko Hohki is probably best known for her off-beat Japanese punk group, Frank Chickens, which has toured both nationally and internationally for a number of years.

In the last few years, she has produced her own very personal solo works, which combine storytelling, music and multi-media to express her complex Japanese perspective after decades of life in London. Her work has sold out wherever it is performed.

We met Kazuko through her work with Yellow Earth Theatre. After several interestingly surreal but enthusiastic brainstorms, we collaborated on a CD-ROM to accompany her theatrical solo production, "My Husband is a Spaceman".

The finished CD contains an interactive synopsis featuring a "Mini-Kazuko" Navigation System (you rollover her so that she points to controls you can use to scroll and quit), animations and videos from the show, and a screensaver.

The CD-ROM also launches as an audio CD so that tracks from the show can be heard through a standard audio cd player.

What I particularly enjoyed about working with Kazuko was the way she already has a low-fi aesthetic, carried through her early experiments with multimedia software such as AfterEffects, and that we could bring her hand-drawn style to the CD-ROM too!