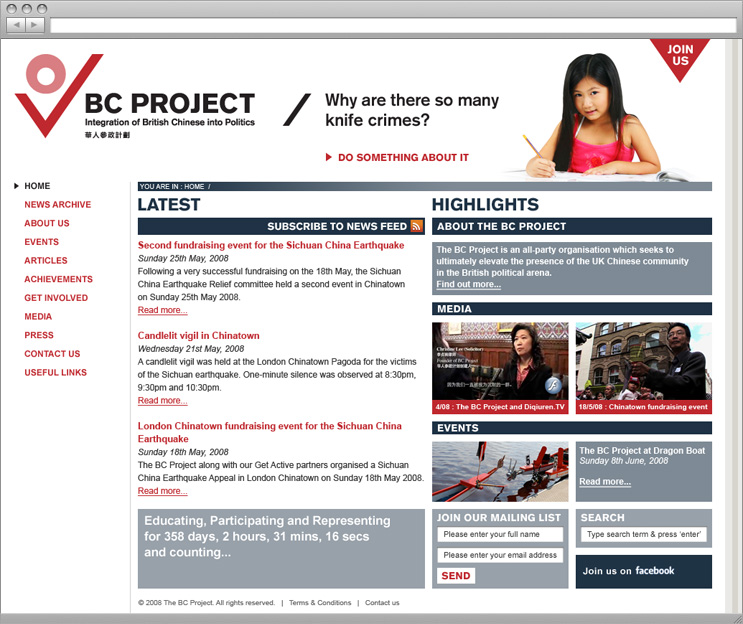 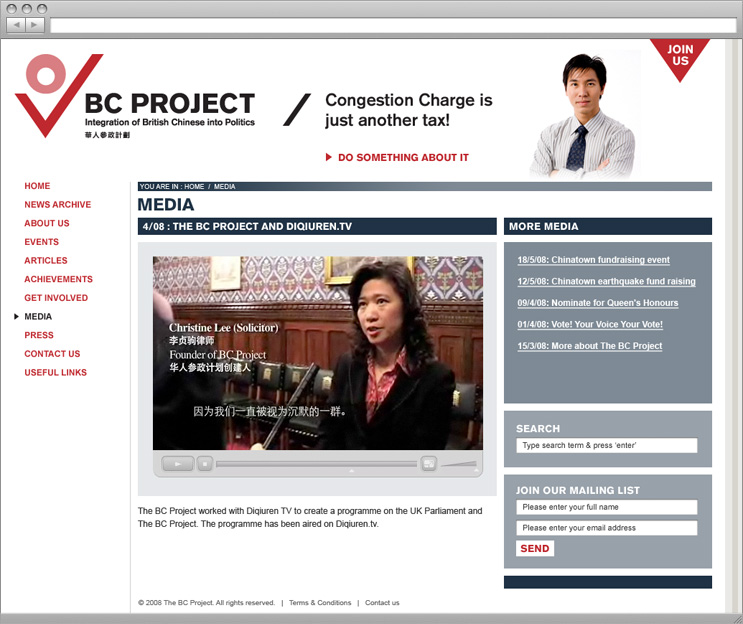 Text
The BC project is a non-partisan, voluntarily run organisation that seeks to elevate the presence of the UK Chinese community in the British political arena.

The project was founded by well-known Chinese Solicitor, Christine Lee and is supported by the UK Chinese Embassy, representatives from the House of Lords and the House of Commons, and a variety of different organisations and Chinese community groups.

I was a part of The BC Project from early 2007 until 2011 and took responsibility for the branding, design and development of the website.

To facilitate the web experience of organisation members and possible expansion of the site's functionality in the future, it was decided to use the open source content management system Joomla.

Existing front-end templates for Joomla are pretty generic so although the aim for the design was to keep it simple, it was still essential to undergo the usual design process and create a design relevant to the aims of the organisation. To fit within the Joomla code structure, the eventual look and feel of the site was incorporated via heavily modified php templates.

Design discipline within Chinese organisations is often pretty non-existent, so part of my remit within The BC Project was to take responsibility for and push the visual aspects of communications.

The obvious start point was the logo, and more about its development can be read here: British Chinese Project logo.