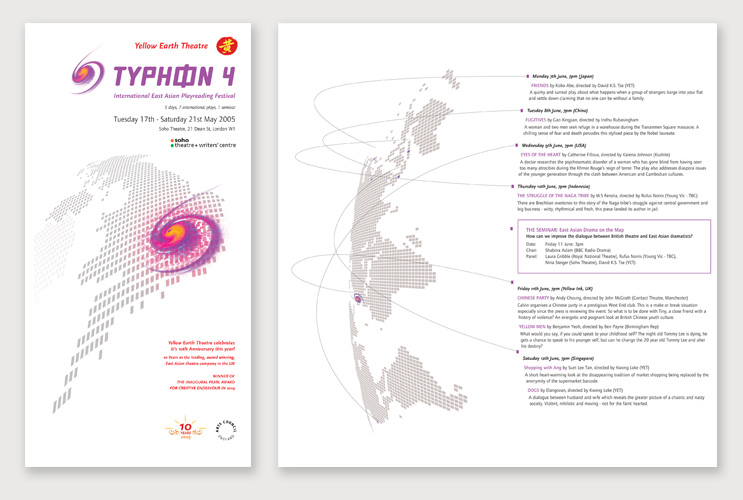 Text
TYPHOON is a Playreading festival run by Yellow Earth at Soho Theatre. It showcases work from new and established writers from all parts of East Asia as well as British East Asian writers.

I created the Typhoon print design which I implemented for Typhoon 2 (2003) to 4 (2005) and which was used for Typhoon 5 by another designer.

The design itself is 300mm square folded in half. This created a tall and elegant sheet, which was printed on at least 150gsm coated stock for stability.

The layout is meant to be clean and quite bright which was intended to work with the height of the surface to give more emphasis to the "sheet" of paper, which all playreaders would be holding during the performances.

Illustrations of both the UK and the world were created out of tiny rectangles - more sheets. On the inside, the world map helped to illustrate where each listed play originated and on the cover, the UK map includes a superimposed Typhoon logo over London to show some kind of disturbance. To reflect the impact of the festival on the theatre community.