Designs for an online game based on the TV show. 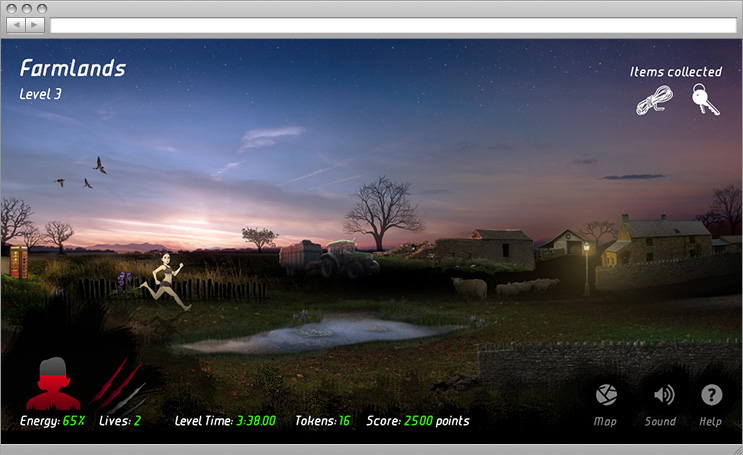 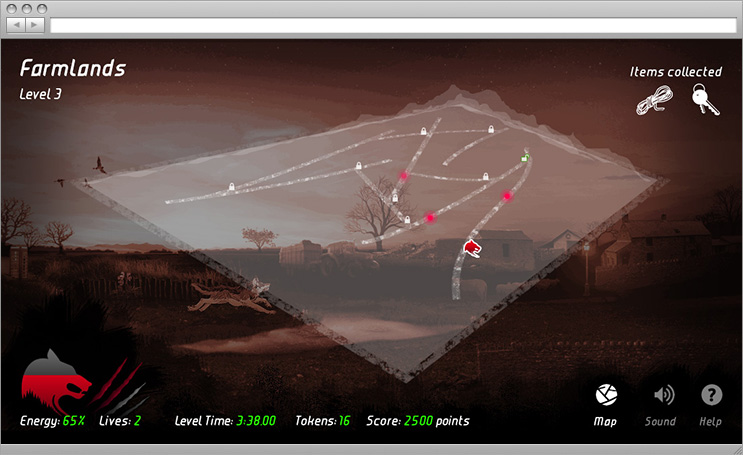 Text
Wolfblood was a new drama show for CBBC which in short, was about werewolves. To coincide with the launch, they wanted to commission an exciting adrenaline fuelled running game with elements of strategy and timing.

These designs formed the basis for a proposal on using photorealistic landscapes and a cartoon-like style for the characters.

In order to complete objectives within the game, players would be able to alternate between human and wolf state, with some features only possible in one of the states. The wolf state would have enhanced physical abilities and be able to sense other characters in the game, whilst the human could examine and pick up objects, for example. The play area would also indicate the state as shown in the infrared wolf state of the second screen above.

Game environments would represent iconic locations from the TV series – gnarled woods, ancient farmland, a rustic village and a gothic school. Players would move through these environments mainly on a horizontal plane but gateways at certain points would allow them to change to a different direction in the z-plane.