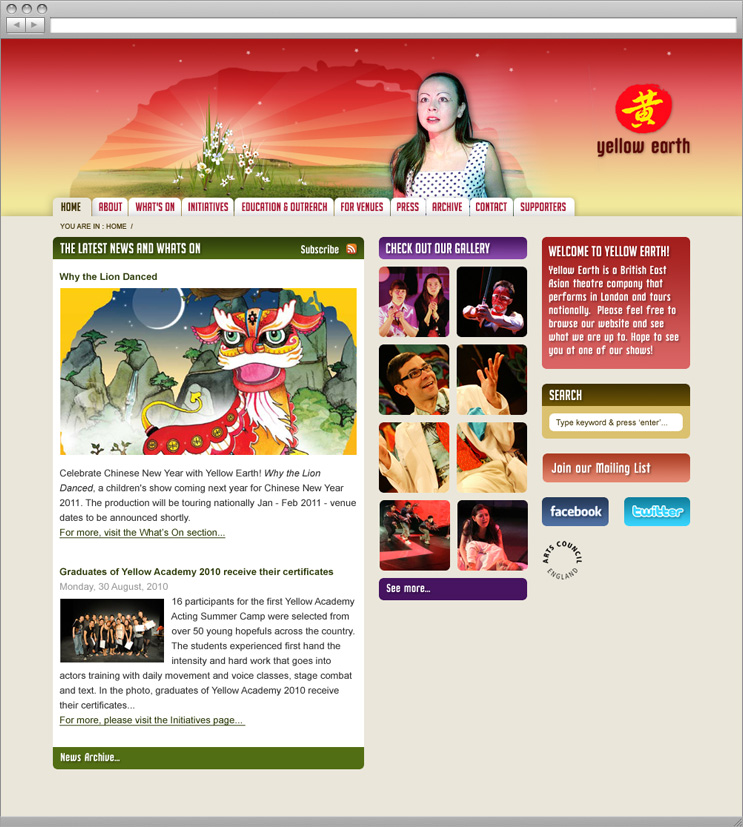 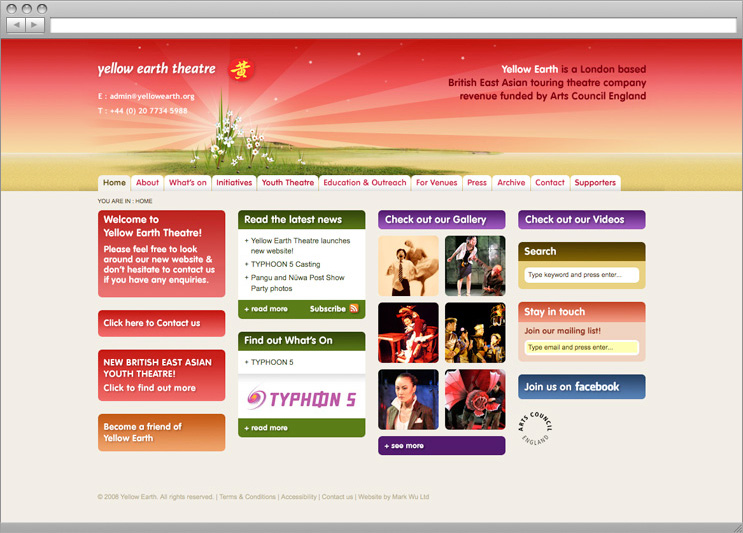 After starting Kibook back in 1999, I contacted them and soon after, Yellow Earth became one of our first clients, whereupon we created their first website. Needless to say, our decade long working relationship and the cultural nature of their work resonating personally to me has been a highlight of my working life so far.

Knowing and understanding Yellow Earth's work for such a long time helped tremendously in the process of designing the look and feel of the new site.

But there were also lots of underlying modern requirements such as meeting accessibility guidelines, optimising the code for search engines and building a solid back end for all the new content. I worked solely on the new site and after designing and building templates, implemented the Expression Engine content management system.

This enabled me to build the dynamics of the site as I wanted, allowing for features such as a news weblog to sit alongside information for different sections of the site and production pages that incorporated photo thumbnails, galleries and videos.

Utilising a database also enabled lots of cross linking and various ways to present content which ultimately allowed us to bring the information that visitors want to see first, up front without compromising it's "place" in the deeper levels of the information architecture.

The new version of the Yellow Earth Theatre website is alot more colourful than its predecessor, so it does allow a little colour coding for general areas of the site, but also conveys the richness of some of the visuals developed in Yellow Earth's productions.

Using the landscape scenery also creates a visual relationship with the similarly designed promotional cd-rom which I also developed for them a few years ago.

Update: In November 2010, the Yellow Earth website design was updated match new brand guidelines. The new design is the one at the top.